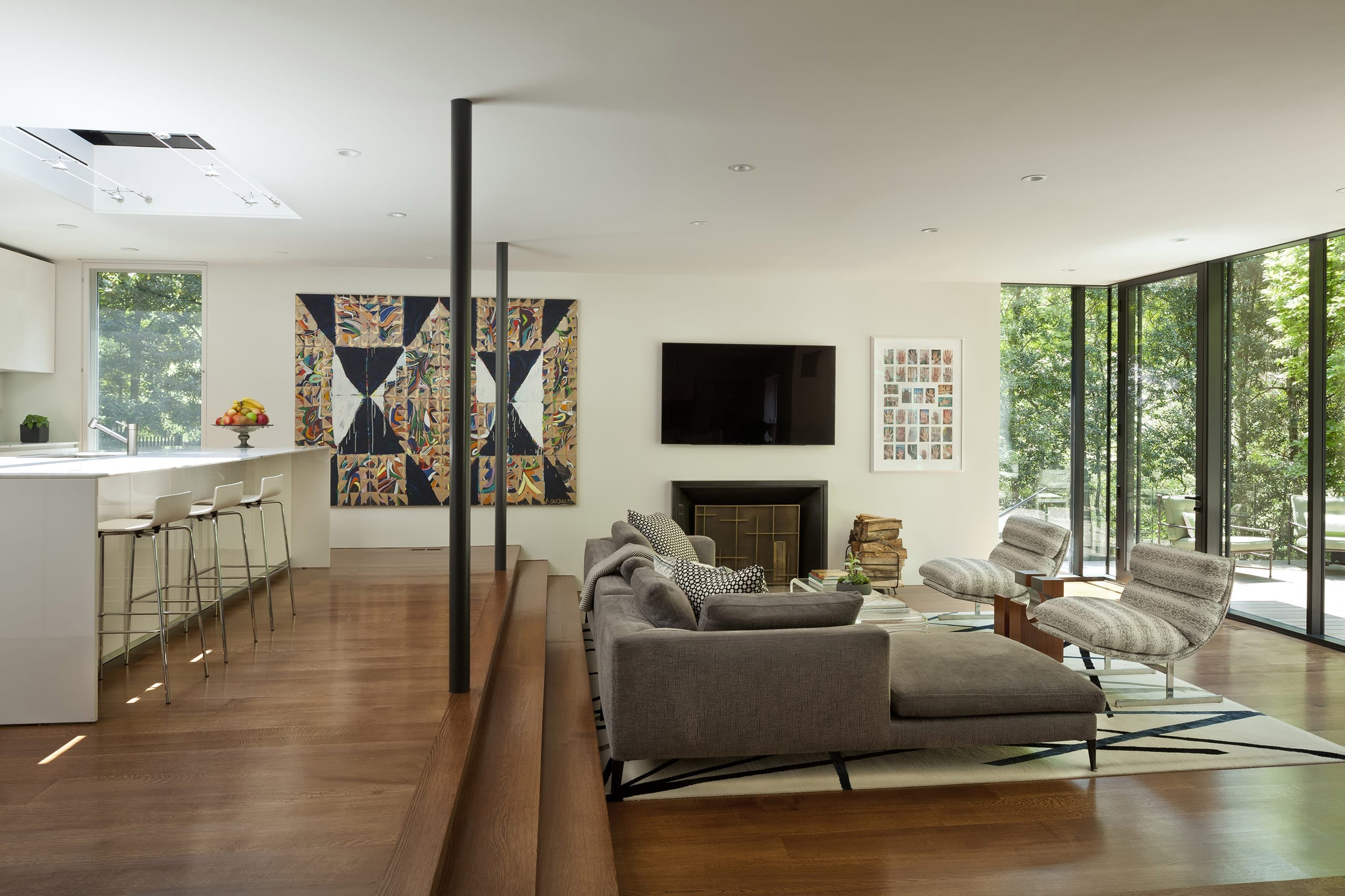 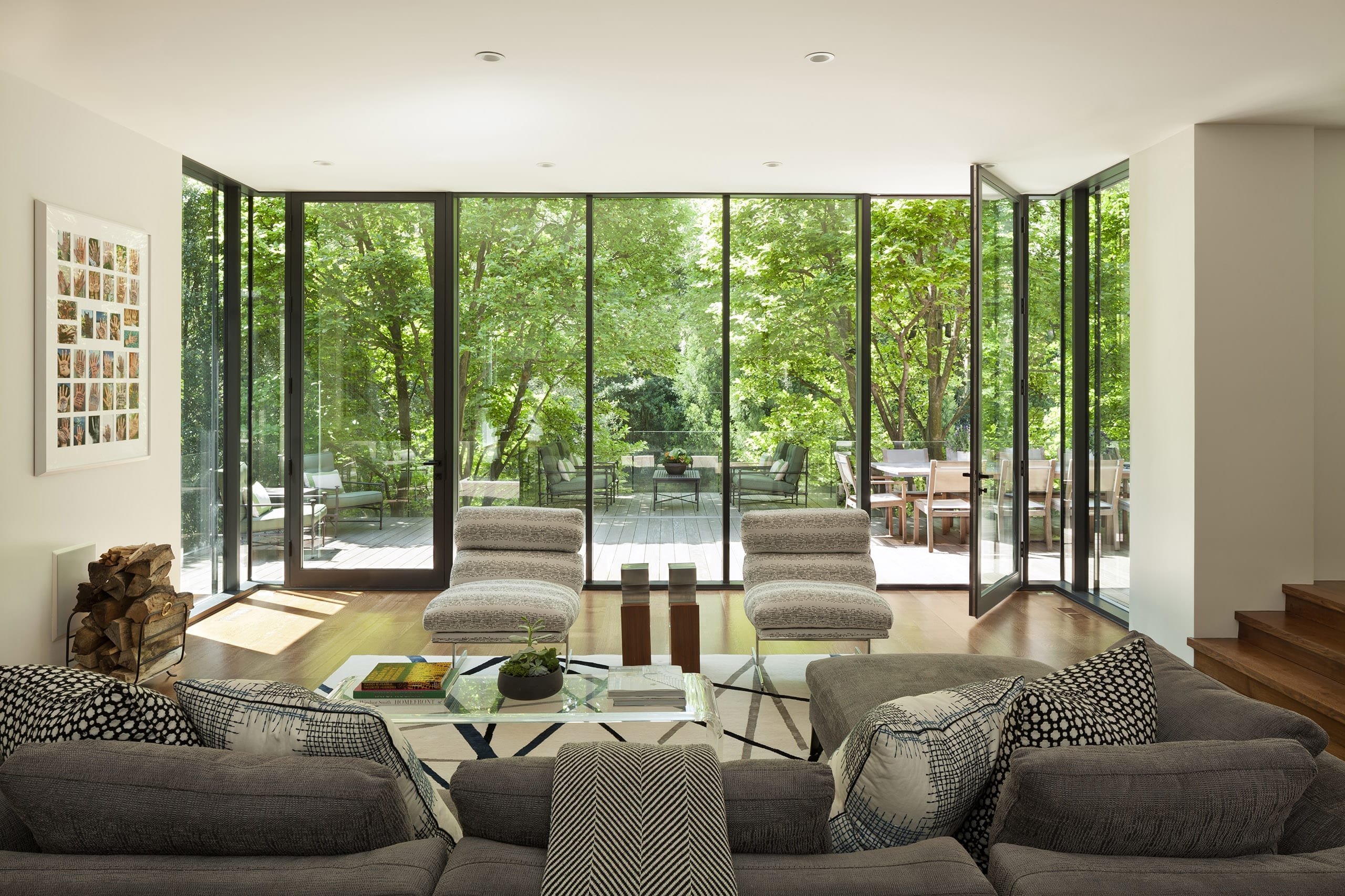 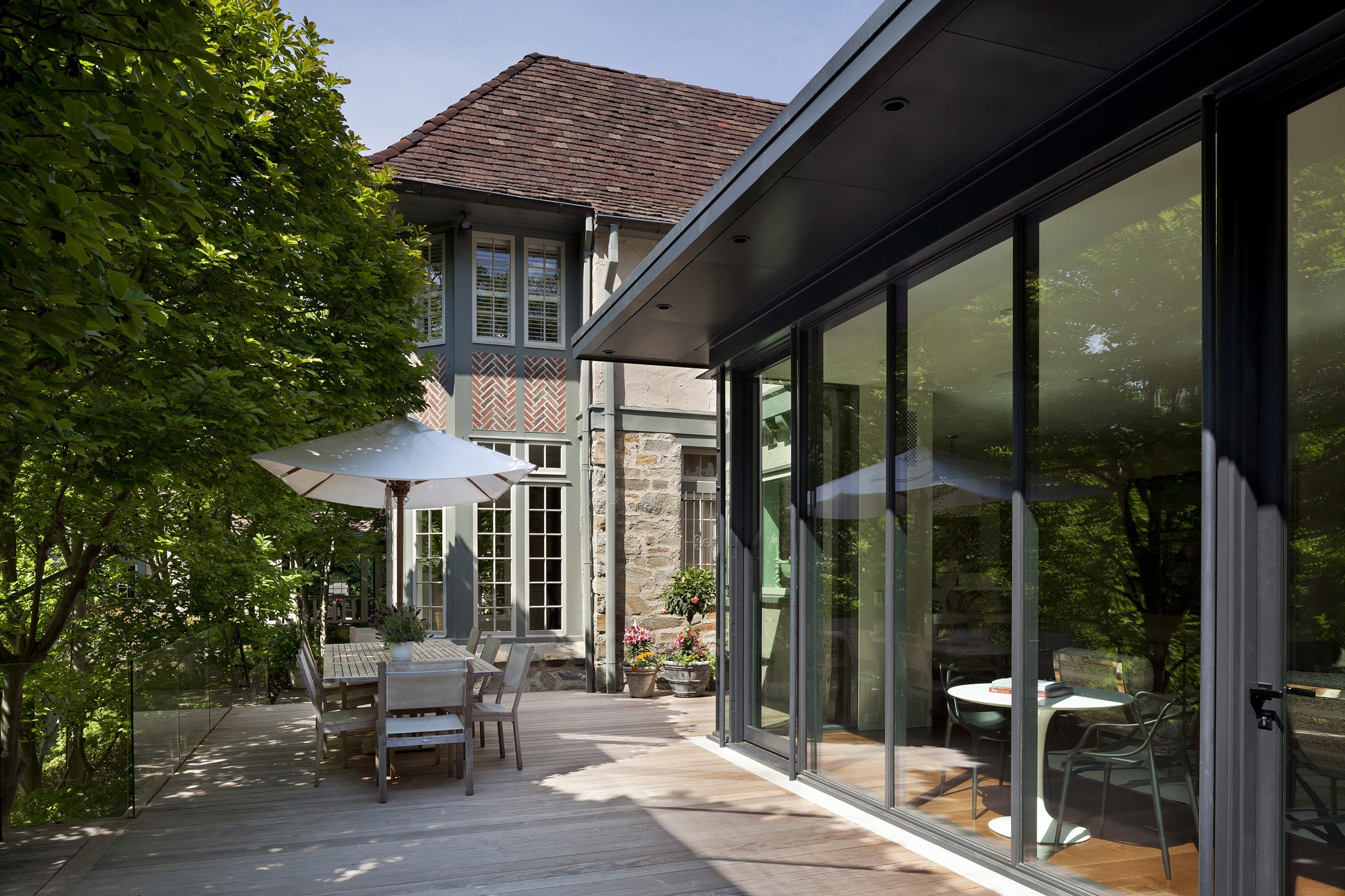 The for this project clients moved to Washington DC in search of a quieter lifestyle after spending ten years in a Manhattan apartment.
The existing house is a 1920s Tudor situated in an established Washington DC neighborhood, a dated and leaky 1979 family room addition and a dark kitchen were like a carbuncle on the side of this old gem.

A modern aesthetic was chosen to differentiate the existing house from the addition and gain as much light and garden view as possible. The kitchen, family room and breakfast room were made into a single space, with the goal of making the garden beyond seem to extend into the room. New flush steel beams and columns support the second floor above.

Two 10 foot tall doors flanked by floor to ceiling glass front the terrace. Mullions and structure were kept to a minimum–six 1½” diameter steel pipe columns are the only vertical members holding up the new addition. Deep overhangs shield the addition from the sun. A rotted out wood railing on the existing terrace was replaced with glass for uninterrupted views. From the street the addition appears as a garden wall, where ivy is being trained to grow around new horizontal windows.